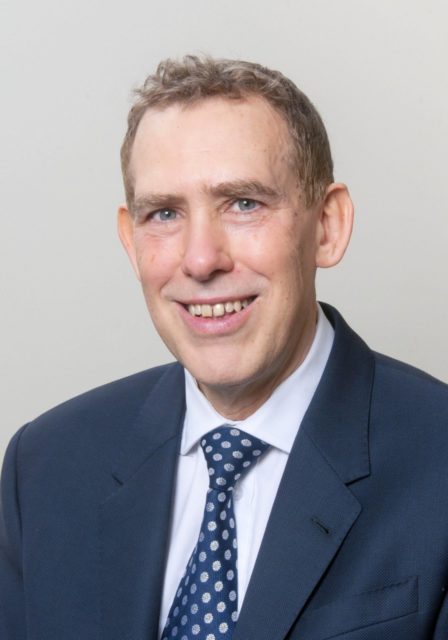 We were sad to announce that our Chair of Trustees Tim Pryor passed away peacefully on Monday 4th June 2018, following four years living with prostate cancer.

Tim became Chairman of Cavendish Cancer Care in 2017, and made an outstanding contribution to the charity in his time with us. He brought a wealth of experience and business acumen from a long career in the corporate banking sector, but also passion for Cavendish services after having used them himself.

Tim was born in Sheffield and lived here throughout his 41 years in Corporate Banking. He was Head of Corporate and Commercial Business in Yorkshire and the North East for Bank of Scotland and, prior to retiring in December 2016, had held Senior positions for Lloyds Banking Group, heading up their Corporate Business across South Yorkshire & Humber. Tim was passionate about seeing the region prosper, one of the reasons why he was a Board Director of Creative Sheffield – Sheffield city council’s economic development function.

In April 2014, Tim was shocked to learn that he had advanced Prostate Cancer and found himself in need of the services of the Cavendish. As Tim expressed it “unless you’ve been in the situation of being advised that you have a much reduced life expectancy, it is hard to describe the tremendous emotional strain that this places, not only on the impacted individual but also that individual’s  family. Being able to access highly trained therapists, with tremendous experience of dealing with situations like this, has made a real difference to my outlook on my condition and how I approach life – all for the better. It is also clear to me that the Cavendish model of integrated cancer care – working closely with the NHS to help shape the best conventional medical care, together with its own delivery of a range of complementary therapies – is one which is gaining more prominence.”

During his time as chairman, despite at times being very ill himself, he worked tirelessly to bring his passion and experience together to model the future of Cavendish. The work he has done will impact the people seeking Cavendish help now and for many years to come.

Due to needing to go to London for emergency medical treatment, Tim was unable to join us for our 2017 AGM. As such he recorded his contribution – this is what he said about Cavendish, and why it was so important to him.