Nicky is 52, and has been married for 30 years. She has two daughters aged 21 and 24, and a house full of animals. In December 2014, at the age of 49, she was diagnosed with breast cancer. She was supported by Cavendish Cancer Care through physio healing, after having chemotherapy and radiotherapy. She has since volunteered for Cavendish as part of the Buddy Scheme. 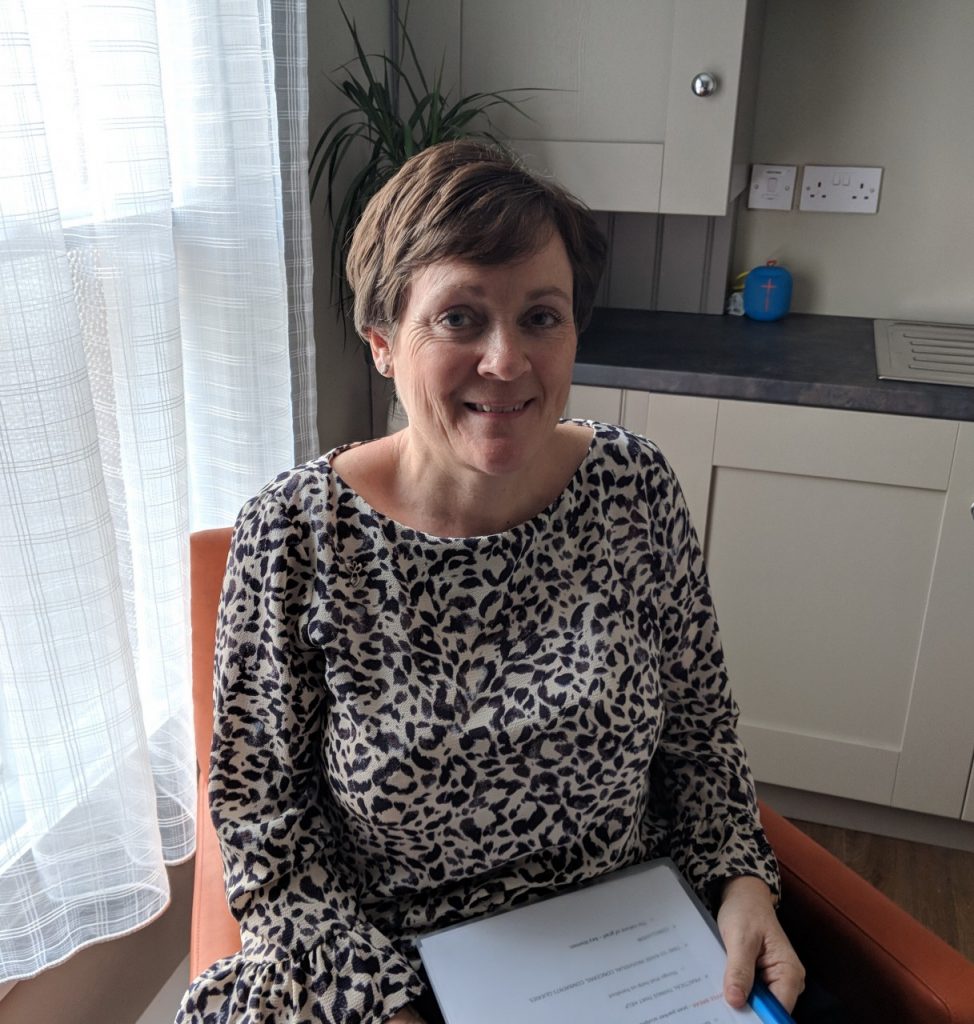 “My diagnosis was a complete shock. There is no family history of cancer. I’ve never smoked, I don’t drink, and I’ve always been fairly active. When the doctor told me I had grade 2 breast cancer with lymph node involvement, I just felt numb. It was as if she was talking about someone else. I didn’t say a word to my husband and he didn’t say a word to me.

“My first question was “Am I going to die?” I had always related cancer with death and as something that happened to other people. I wasn’t afraid of the treatment or the surgery that was to follow. I didn’t mind what they did to me if it gave me a chance to be here at the end of it all.

“They sent me away with a file of information and I had to make a decision on surgery. I couldn’t even look at it. I tried to turn the pages but was too frightened about what I might read. I didn’t know anything about breast cancer, its treatment or the survival rates. How could I make that decision? I wanted the doctor to tell me what to do.

I spent all of 2015 having treatment; I had surgery, then a course of chemotherapy and then radiotherapy. What upset me the most was that it affected not just me, but my whole family. They were such a huge support, and I wanted to stay strong for them. On my good days, we would make the most of family get-togethers and country walks. I even went into work. I work in the same office as my sister and she stepped into my shoes as well as doing her own duty. This protected my job and also allowed me to have a phased return after my treatment had finished. I will never be able to repay my family for what they did for me. As a family, we shed many tears during the treatment but there were many more laughs, usually at my expense and usually involving my wig! 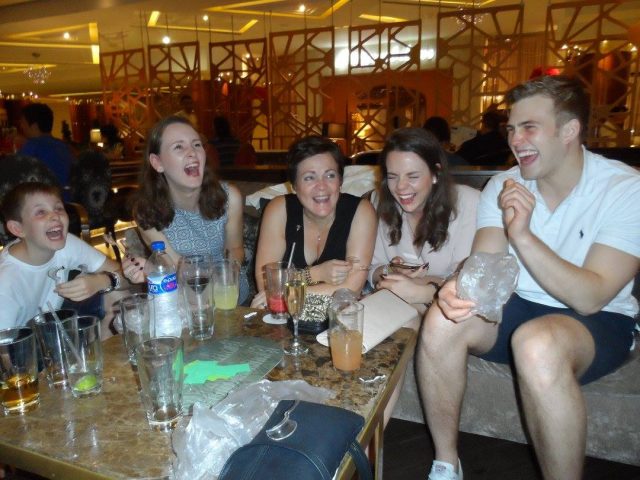 “The mistake I made was thinking I’d be fine once the treatment was over, but it didn’t work like that. I found the following 18 months as difficult as the year of treatment, that’s when it was suggested I go to Cavendish Cancer Care.

“I have a really supportive family and I found it easy to talk to them, so I never felt the need to come to Cavendish whilst having my treatment. I really thought Cavendish was more for people who hadn’t got a lot of family round them, but I learnt that I was wrong. After the treatment I didn’t know what was normal. I felt isolated, anxious and tearful. I’d never felt like it before and I was worrying whether it was normal to feel like this. Physically, I was better, but emotionally, I wasn’t.

“I went to the Cavendish for a first meeting with an assessor and there were just lots of tears. I’m not usually like that but I think it was the fact that there was someone there to offload to, and that’s what I needed -the relief of having someone to chat to. I chose sessions of physio healing which had elements of massage and healing. Sharon, my therapist, was so calming and I still use the massages I learnt to this day.

I regret thinking it wasn’t for me at first. It was a relief to go to Cavendish and know I was getting help from people who understood what I was going through.

“The people who worked at Cavendish were like angels. From when they came to greet me at the door, anybody that you came across was just so lovely and you could tell why they worked here. I always felt that they knew what you were talking about.

“I felt like after having cancer I should have got that kick to do something different or get a new job, but I just went back to normal. Sharon helped me realise that the majority of people did just go back to their ‘normal’ life and it was okay to feel how I was. 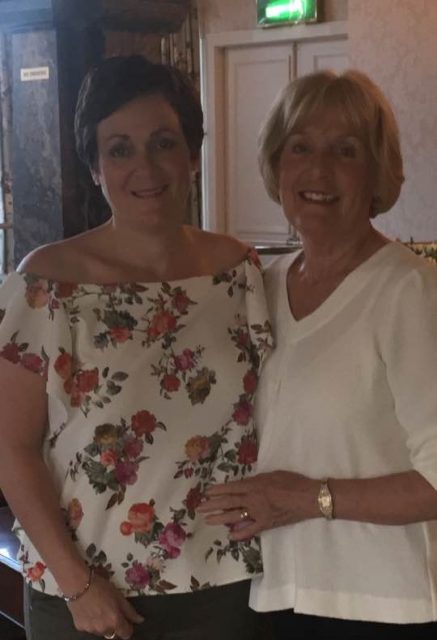 Nicky and her mum

“About a year after my diagnosis, when I started to feel better was when I learned about the Buddy Scheme. I would have never done anything like it, but I read about it in the newsletter and thought it would be something I’d like to do. I enquired and did the training and have been a buddy ever since.

Being a Cavendish Cancer Buddy has given lots back to me, and I feel like I’ve given something back to Cavendish. It’s such a big positive that’s come from such a horrible time in my life.

“Having cancer never really goes away, so instead of dwelling on it you can build your life around it. Buddying has been a bit life changing for me – even though I’m giving something back, they’re giving something to me as well.

“As a survivor, I know I will never be the same as I was before cancer, but I now concentrate on the positives that have come from the situation. I live for today. I don’t waste time waiting for tomorrow. I make plans for now and not the future. I do everything I possibly can to prevent the cancer from returning. I eat healthily and exercise regularly. I don’t say no to the occasional bar of chocolate or piece of cake though!

“I cherish my family and friends and I feel lucky to have made new friends along the way. To anyone going through breast cancer, I would say stay positive. Get out in the fresh air and have small walks especially through chemotherapy. Take away the positives and don’t dwell on the negatives. It isn’t an easy road. It took me about 18 months to feel stronger both physically & mentally, but there most definitely is life after breast cancer.

“Without a doubt Cavendish helped me get better. The chemotherapy and radiotherapy is very matter of fact, you know what you’re getting and on exactly what date. Afterwards you feel like you’re just dropped, there was nothing to tell me what was going to happen next or how I would feel, so for me the support from Cavendish was just as important.”

“At Cavendish you can say exactly how you feel, and because everybody’s in the same boat, it may be different cancers, but people understand. And that understanding is why it’s so important.” 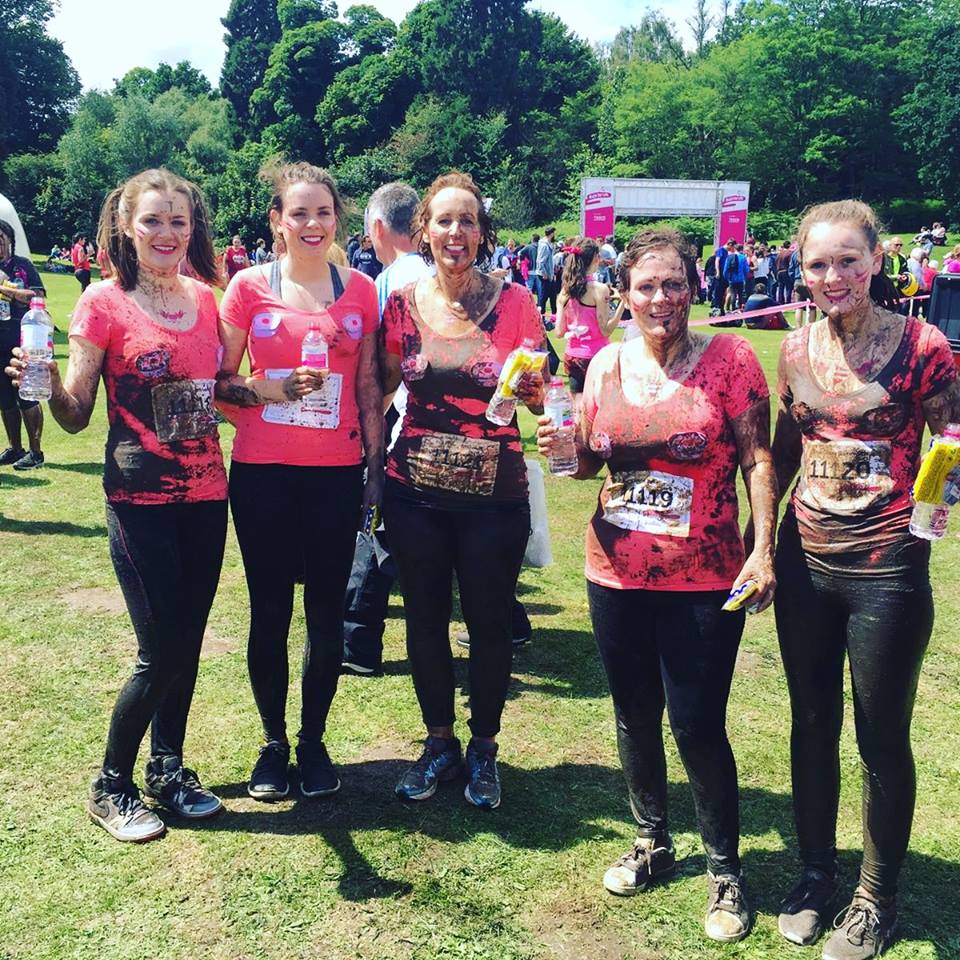 Nicky and family at the ‘Pretty Muddy’ challenge for Cancer Research