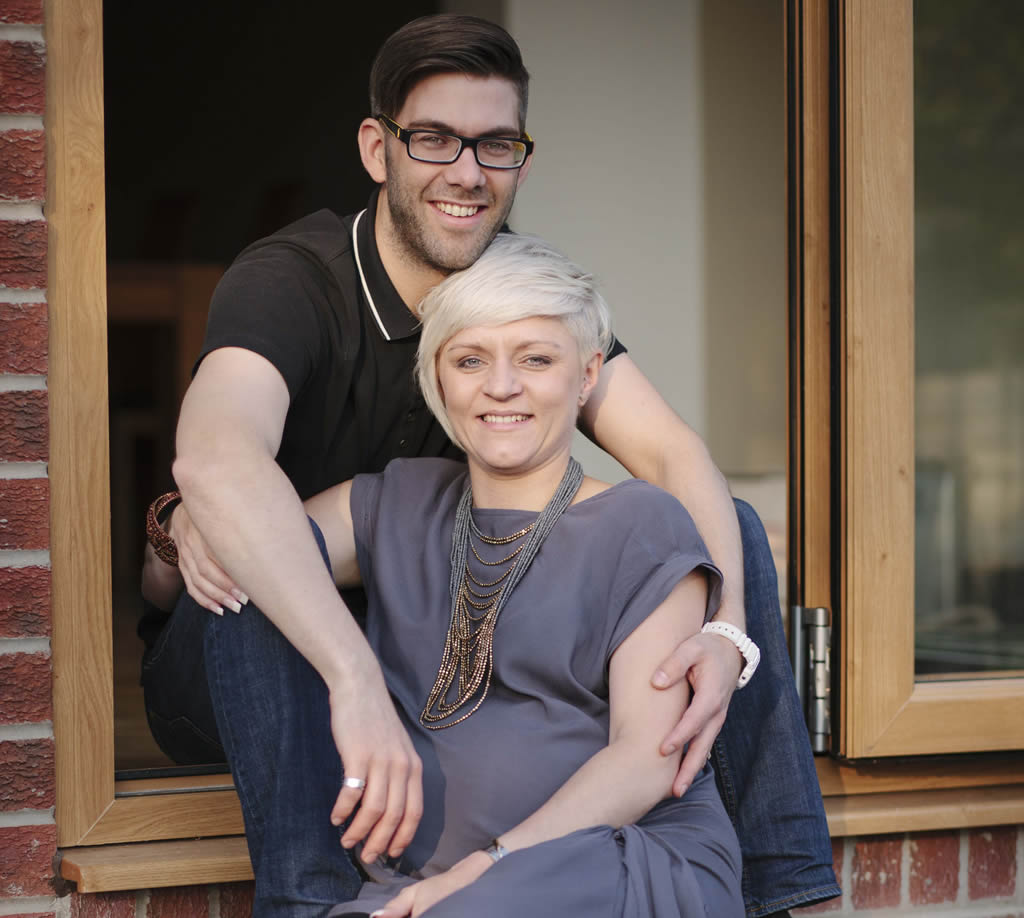 On the 10th December 2009 my world came close to ending. My best friend, my buddy, my wife to be was in theatre at Sheffield Royal Hallamshire Hospital having a major operation to remove a cancerous tumour from her abdomen.

To get all technical it was a retroperitoneal sarcoma, a very rare form of cancer with few options for treatment and boy it was a biggy!

At about 6pm that evening myself and Toni’s family were taken to a quite room, you know the one I mean. The ones where the walls are bare and everything seems very clinical. The place where you know the only news you are going to get will be bad. My heart sank and my world began to crumble as her surgeon Professor Reed walked into the room.

In true Prof Reed style he was very objective and honest, not always a good thing when you are hoping for the best. I will never forget till the day I pass the phrase he used as he sat us down. Those words were:

We are not saying Toni is going to die but we are very concerned about her, the operation was a success but we cannot stop the bleeding.

Much of the rest of the conversation has become a blur. At this point Toni had been in theatre for over 6 hours and things seemed to be getting worse. The team worked tirelessly to stop the bleeding for a further 2hrs before coming to tell us exactly what we did not want to hear … things were no better and Toni was deteriorating.

At this point I could not allow myself to think the game was over as I know I would have fallen apart. Whilst we did not know it or feel it at the time but what happened next can only be described as the beginning of something amazing, a story of true strength and inspiration.

The surgeons only option was to close Toni up with a pack insider her to stem the bleeding and leave her for 36hrs before having second attempt. After 9 hours of surgery and extreme hard work by the surgeons it was down to Toni now …

She was taken straight to the Intensive Care Unit (ICU), not a place I would recommend visiting too often! Where I counted something like 10 machines crowded around her bed monitoring every vital sign, I was in my own episode of casualty except this was real. I have to admit Toni looked frail and that really scared me … I will never forget that feeling. You don’t comprehend the concept of ICU until you have been there.

Whilst we were full of fear and dread coupled with hope, Those 36 hours were the longest and hardest of my life, they will never be forgotten.

Little did we know Toni was fighting her way back, getting stronger and more determined every minute, although this did mean she felt the need to bite her way through the air tube keeping her alive.

I think everyone will know someone who has either suffered from cancer or sadly has cancer themselves, and sometimes its not the cancer that knocks the stuffing out of you but the emotional battle that comes with such a challenging illness.

Myself and Toni owe our sanity to one place which has really made a difference on this front and that is the Cavendish Centre in Sheffield.

Their staff are amazing, quirky in nature with more than caring approach have really made coping with recovery ok. And when I say ok I mean that its ok to feel like your world is falling apart, because to you it is and its ok to be irrational, because for you things are not rational, but the trick is allowing you to know that it is ok to feel what you feel without shame or fear of guilt and therefore you get to deal with your emotions and find your own way back to who you were. Or even some place better!

I cannot praise their services enough, the support (free of charge) they gave to myself, Toni’s Mom and Toni were the thing that made a difference. They care and they help, they themselves are a little crazy at times but I think that just what you need in times of extreme emotional challenge.