Helen, 29, from Sheffield, lost her dad to brain cancer at the age of 10. Both her and her mum received counselling at Cavendish Cancer Care. 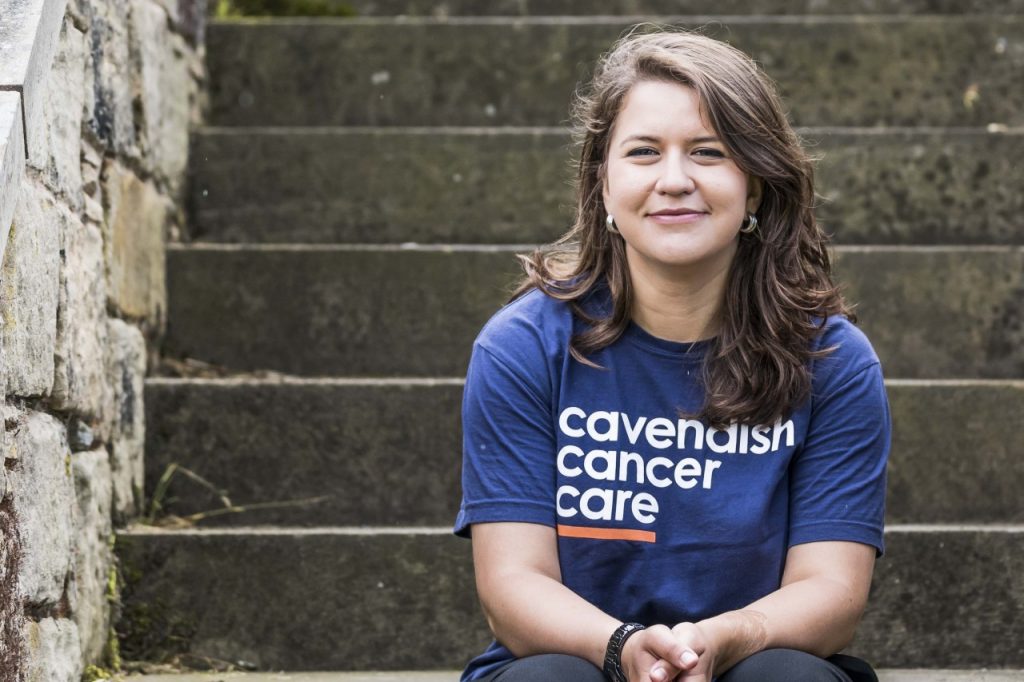 “It came out of the blue. My dad went out in the car one day to pick up my brother from football, and crashed. He went to the hospital, and it turned out he had a brain tumour. Within four months, he was dead. It came as such as shock because he was so fit and healthy – he used to run marathons and enter karate championships.

“I felt completely alone. It was as though I’d turned into a crocodile overnight – everyone knew I had changed. My friends didn’t know how to talk to me, and my teachers weren’t sure how to handle it.

When you’re a child all you want is to fit in, but losing a parent is such an alienating experience that feeling ‘normal’ feels impossible.

“I had moments of such intense anger, which got me in trouble at school. I resented other people who seemed to have a perfect family life. I’d look at people around me and think how are they this happy? It’s not fair.

“My home life was very tumultuous. My mum couldn’t be the rock she had always been. It often felt like there wasn’t really anyone I could talk to. When you’re young, you want all your parents’ attention. You want to talk about how unfair it is on you. But it must have been so hard for my mum to deal with that, on top of her own grief and responsibilities such as sorting out the funeral. Lots of people started coming around the house to keep her company and help out, so it felt like I could never have her to myself.

“My mum got referred to Cavendish by her GP, and when she found out about the Young People’s Service, she thought it would be perfect for me. We’d come to the centre together, and whilst my mum had counselling, I’d go for therapy as well. I remember the room being huge – or at least, it seemed huge to me at the time! The therapy I received was all about working through what was happening in quite a subtle way. The things we talked about weren’t what I expected – my therapist would ask me questions like “what are you friends like?” and “what do you like the most in your life?” She’d encourage me to draw them, even just with stick figures. I didn’t make the connection at the time, but she was helping me to think about and tap into my support network. It drew my attention to what made me happy, who I had around me, and who I could turn to. My sessions were a chance to talk about my life, and feel listened to. My therapist gave me her full attention, which is what I really needed at the time. 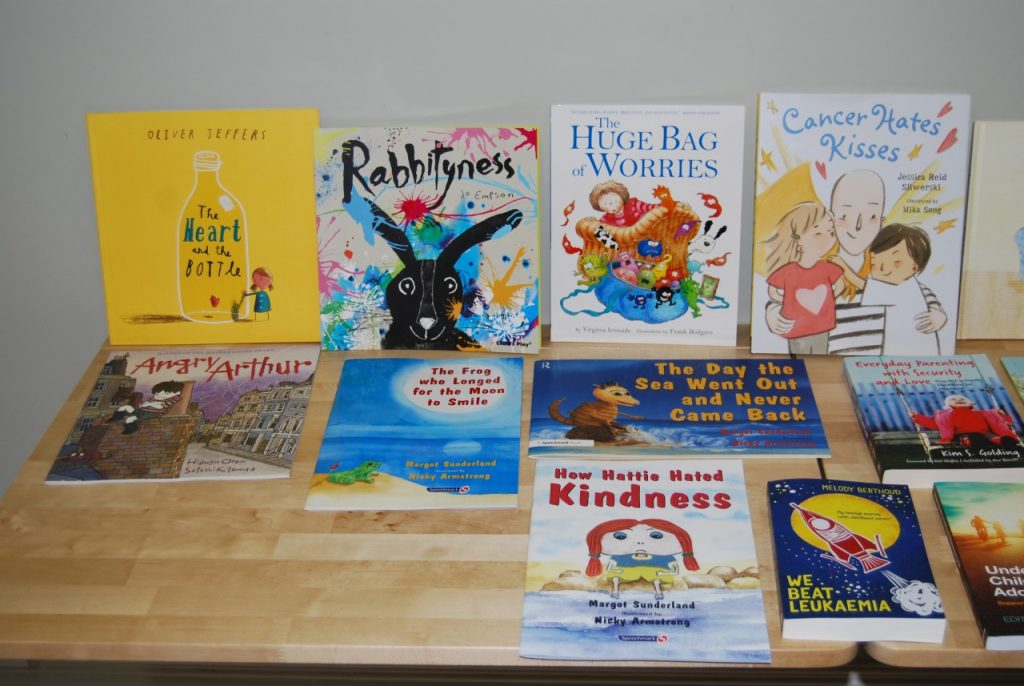 She also lent me really helpful books I could take to school, that explained bereavement in an accessible, child-friendly way. I think there was a story about a bunny! My therapist encouraged me to show it to my friends and read it with them, so they could grasp what had happened, and understand why I was a bit moody or cross sometimes.

The Young People’s Service is so important, because people assume grief and bereavement are just adult feelings. But children are affected by loss in such a profound and complex way, because they don’t even understand what death is.

They might have lost a pet or a distant relative, but that’s a very different experience to losing a parent. So a lot of young children don’t get it – they think the person they miss is going to walk through the door at any moment. Children have a tendency to blame themselves too, because they still have a self-centred perspective of the world. They think everything that goes wrong is their fault, whether that’s a toy breaking, or someone they love dying. Cavendish gives them an adult they can turn to and trust, who is qualified to guide them through and teach them that it isn’t their fault.

Cavendish really taught me the importance of talking. When you keep something in for too long, it affects every aspect of your life, making you anxious and on edge. It doesn’t matter how old you are, or what point you’re at: it’s so important to talk to someone. If my mum hadn’t had that calm space to talk, I don’t know how she would have coped, because she didn’t know anyone who had lost their husband. It made her much more relaxed and able to cope with the next thing. I think she found it easier to talk to her friends about it too.

That’s what Cavendish is all about – it makes you better equipped to deal with your life, and a better communicator, so bereavement isn’t such an isolating experience.

Growing up was difficult sometimes. I struggled, in my early teens especially, as the feelings of loss came back up to the surface again, and I wondered what life would be like if my dad was still around. But I would have struggled so much more if I hadn’t had that touch point when I was a little girl. I can’t imagine how I would have coped without the support of Cavendish – I think I would have grown up blaming myself, and not understanding my own emotions.

Working for Cavendish Cancer Care made a lot of sense for me, because the charity did so much for me and my family. It wasn’t difficult to come back here, because my experience was so positive and empowering. It was all about getting stronger. Losing my dad made me grow up very fast, but Cavendish helped me deal with what was happening: they made me feel like it was a normal thing I could overcome. I’ve kept that feeling with me all my life. 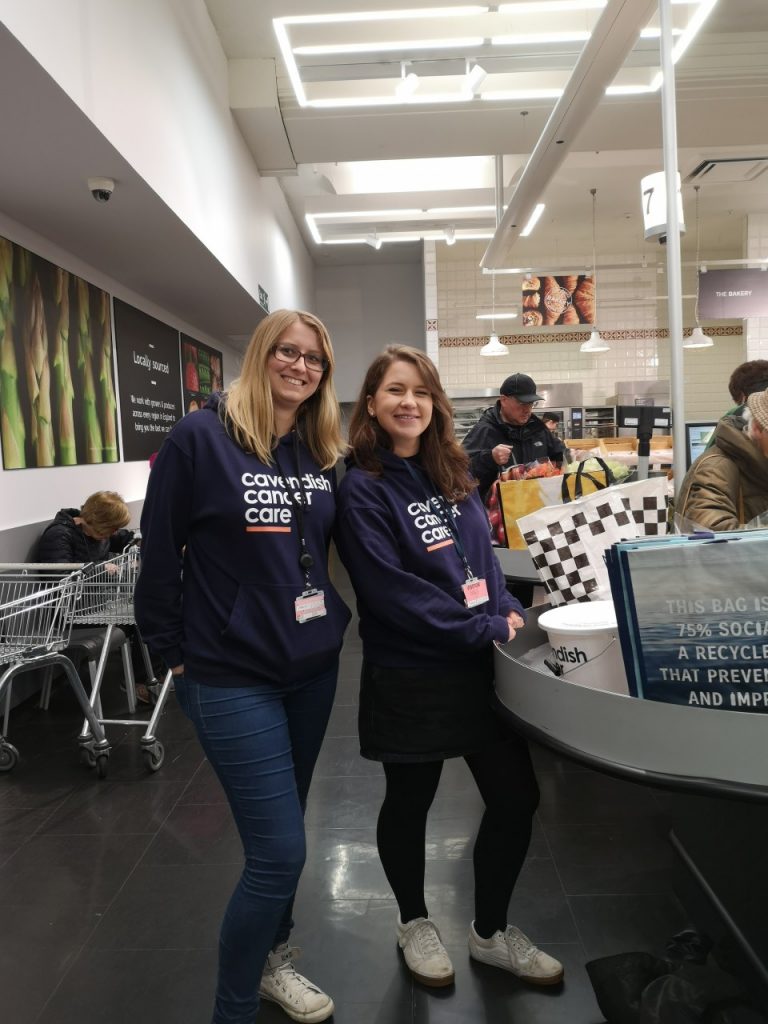