Bev, 70, was diagnosed with breast cancer 15 years ago and then a second time a year and a half later. She received support from the Cavendish through sessions of reflexology and later decided to become of one Cavendish’s Cancer Buddies. 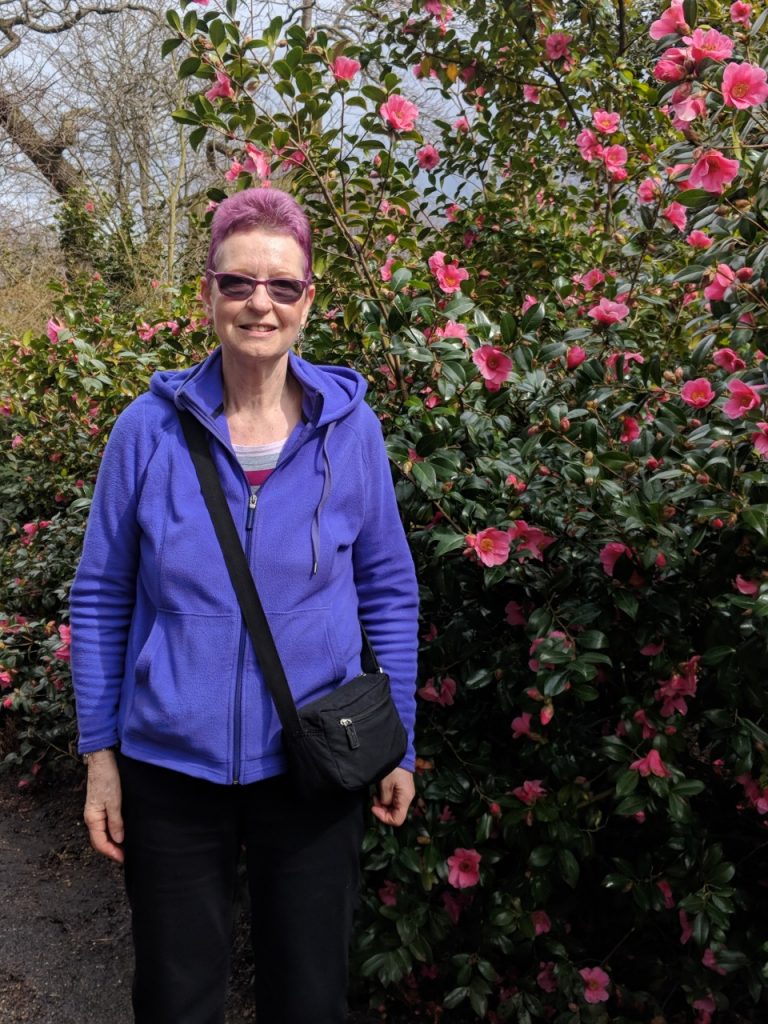 “The first time I was diagnosed it was a shock. The Doctor said he could almost guarantee it would be a cyst, then two weeks later a consultant at the Hallamshire hospital said it was breast cancer and recommended a mastectomy. I had days when I was hopeful and had days where I would worry about dying or how my family would cope.

“I think I’d seen a leaflet about Cavendish at Weston Park, I didn’t know much about it but I was really impressed when I came. The assessor I saw on my first visit was so empathetic, friendly and warm that I was instantly reassured. I chose reflexology sessions and they were really amazing, I was very fortunate to have six sessions and it helped me relax. My therapist would be chatty if I wanted to be and I could talk to him whilst having my feet done.

When I first went into the Cavendish Centre it seemed light, airy, warm and welcoming. It was comfortable in reception and I was always offered a drink. It was lovely – it felt like going home.”

“Everyone at Cavendish is so welcoming. Sometimes I’d chat to other clients; it’s a comforting space to be in. I think that’s important because some days you might be bottling your feelings up until you get there, so you arrive in a bit of an emotional state.

“After my mastectomy I was going to have chemo, so we made up a plan where I could get a reflexology session at Cavendish that fitted in to my day. I’d have my bloods done at Weston Park in the morning, have reflexology in the afternoon, and go back for the chemo afterwards. I tried to make going for chemotherapy a special day so I didn’t dread it. I’d walk through the Botanical Gardens, take a good book to read, buy something nice to eat. The reflexology was a really big part of that, as I could offload any anxieties – at the end, it felt like I was walking on air.

Cavendish gave me a lot of reassurance and support; I didn’t feel dependent, I felt encouraged. Cavendish make you feel like you’re in charge, but they are by your side. You’re the driving force and they get behind you to help you achieve.” 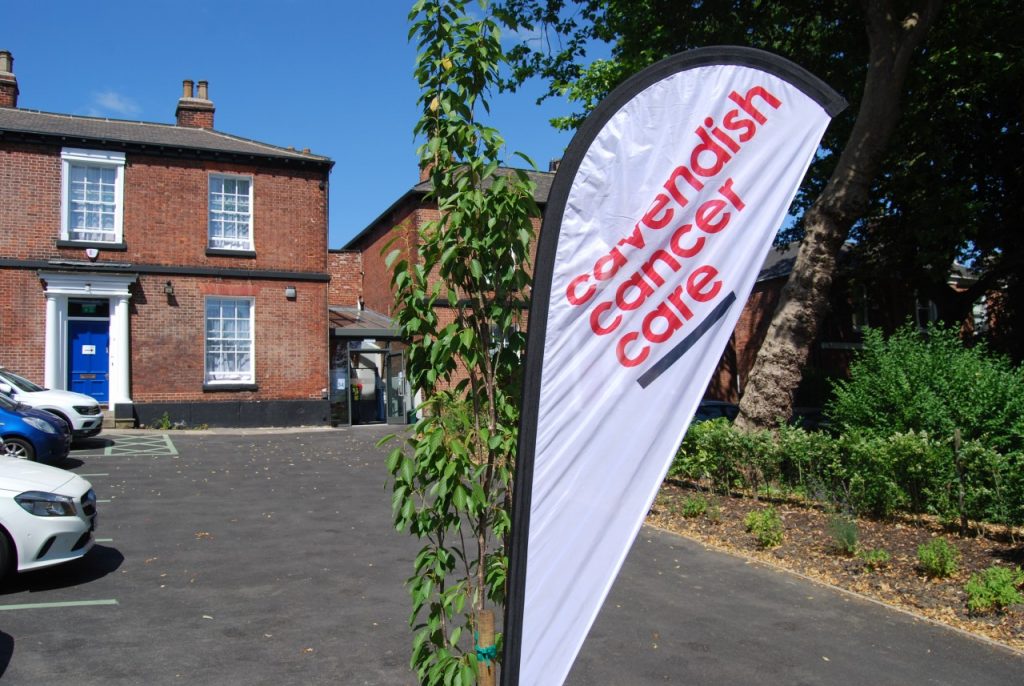 “I finished my time at Cavendish and got back to normal life, but a year and a half later I decided I might go for a breast reconstruction, as I found being asymmetric difficult. I was sent for a mammogram and they found another small lump. It turned out to be a smaller, different cancer.

“This time I was happy with the diagnosis (although people didn’t believe me at first!) as it meant I could have a second mastectomy, which I preferred to reconstruction. Also, because the tumour had been found early on, I didn’t need chemo or radiotherapy, and there was less chance it would spread. But because I only needed medication after my operation, I felt as though people expected me to get back to normal straight away. But I didn’t feel ready.

“I came back to the Cavendish and had another six sessions of reflexology. I was lucky to see the same assessor as the first time – she made me feel positive about myself and was so encouraging and uplifting. I knew that if I was having problems I could phone up and see her, which made me feel secure.

My parents and daughters were really supportive, but I preferred to go to Cavendish to share any anxieties. I didn’t really want to share too much of the negative stuff with family.”

“I’ve been clear about 13 years now and a couple of years ago I decided I wanted to volunteer. I got the Cavendish newsletter which said they were looking for volunteers to set up a new buddy scheme, where current Cavendish clients could be matched to someone who may have had a similar experience. It was like a light switching on: that’s what I wanted to do.

“I thought it would be great to talk to people, to listen to them and hopefully provide encouragement. All the Cavendish buddies have some experience of cancer and are trained to support others. When I read about the scheme I thought it was really professionally set up and safe for both the buddy and person they support.

“It felt like a very exciting opportunity and still does. I love being a Cavendish Buddy, it’s a real privilege to see people having a really bad time get their life back. It’s an amazing experience to see people move forward.

“It’s such a valuable scheme as a lot of the buddies I’ve met don’t want to burden their families and friends with their fears and anxieties, and can find it difficult to open up to medical professionals because they feel they don’t have a relationship with them. I think the philosophy and ethos of Cavendish Cancer Care is amazing. I’ve found the therapists are working there because they want to work with people with cancer. It’s so important to have a place where you can be listened to properly. 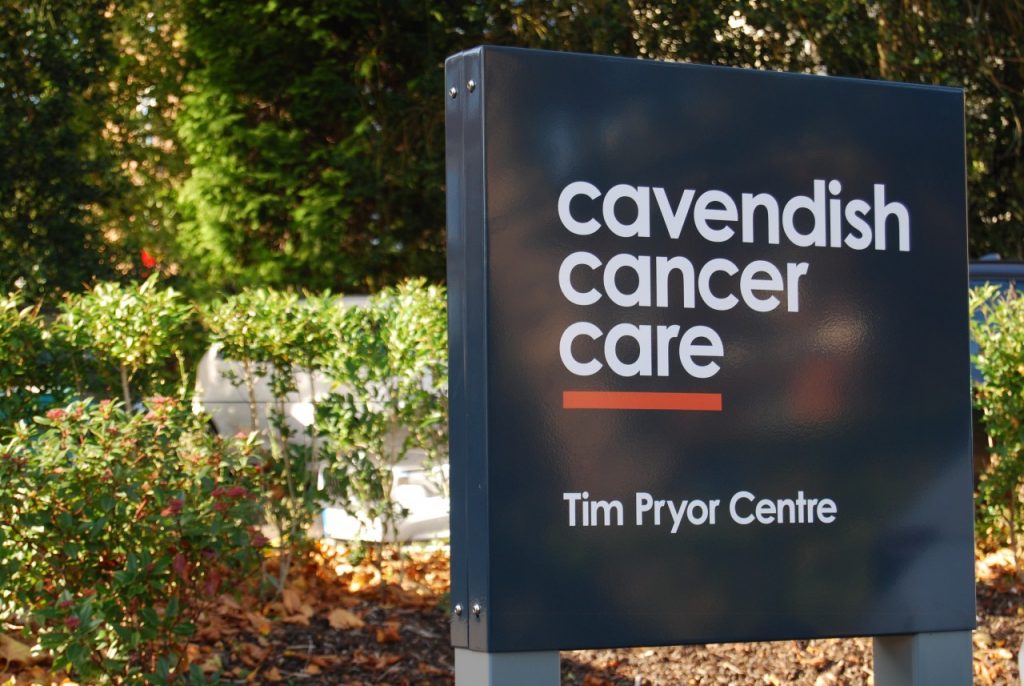