Bethany, 26, from Chapeltown in Sheffield, was hit by three cancer diagnoses in her family within just one year. She says Cavendish Cancer Care helped her manage her anxiety, so she could feel like herself again. 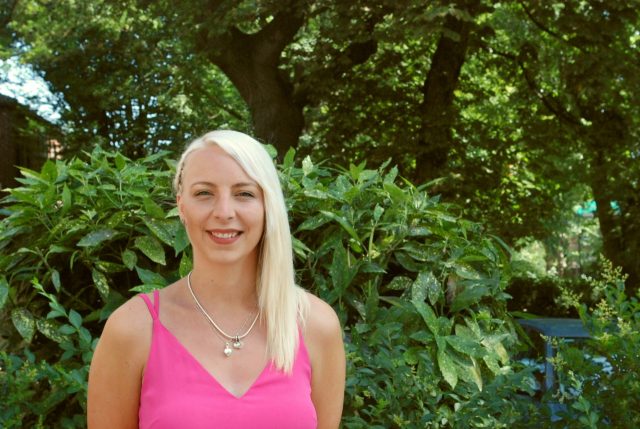 “Before everything happened, I felt like I was flying. I’d just finished university, and I’d become a manager at my job. I’d really got my career going, and I was so confident; a completely different person, really. But then 2015 hit. My nanan was diagnosed with lung cancer, and we lost her in the April. Then, in the summer, my auntie was diagnosed with stomach cancer. Later that year, my mum was diagnosed too, with terminal bowel cancer. Around the same time as that, I found out I was pregnant, and I hadn’t planned on having kids. So by 2016, I was both looking after my mum, and I’d become a mum myself. It was a completely different life.

I didn’t have time to think about me – I was always thinking about mum, taking her to appointments and operations, things like that. And then I had a baby that needed me, so looking after him filled up all my spare time.

My little boy kept me going, really; I could feel anxiety creeping up on me, but because I didn’t have the time to even think about it, I just kept powering on.

We lost my mum in April 2018. By then, my son was two, and not quite as needy as a newborn baby. Suddenly I had time to think and worry, and anxiety took over.

“I’d previously come to Cavendish Cancer Care in January 2016, where I had sessions of reflexology with a therapist called Lou. I had a session with her every other week, but when my mum got really poorly, I’d had to stop coming, so I could focus on her. But just before she passed, I promised her I’d come back to Cavendish. Both she and my auntie had used the service when they were diagnosed. My mum had all sorts of therapy, and she loved it – she’d come out of it like a different person. So I had to come back. I knew I needed help and I couldn’t fix it on my own.

“My aunt had just been diagnosed as terminally ill as well. She’d been the one I could turn to after my mum was gone, and I’d talk to her about anything. But I didn’t want to offload all my worries about her illness onto her, so I turned to Cavendish. I knew they would help me, and things would be alright. As soon as I rang, even the second time, someone was there for me on the other end of the phone. They got me booked in so quickly.

Cavendish was a safe place for me, where I could truly relax. Everyone understood what I was going through and didn’t judge me – as soon as I walked through the door, I knew I wasn’t alone.

I’d often arrive early just to sit and have a cup of tea. I remember, in my first session of counselling, the therapist asked me how I was feeling. I don’t think she was expecting me to say “I’m so excited!” I have a degree in counselling, so I understand how powerful it is – I was feeling very hopeful about the sessions and how they’d make me feel better. The only thing that really worried me was that I had four sessions, and I wasn’t sure it’d be enough. But by the end, I didn’t feel I needed anymore – that’s how effective it was.

“Four weeks on from my last session, I’ve not felt anxious once. It’s really amazing to see where I am now, compared to where I was before. I tell everyone to come to Cavendish, even if other therapy hasn’t worked for you, because it’s so different. I came to Cavendish struggling with anxiety, and came out of knowing that I’d be okay. And I think that’s really amazing.”