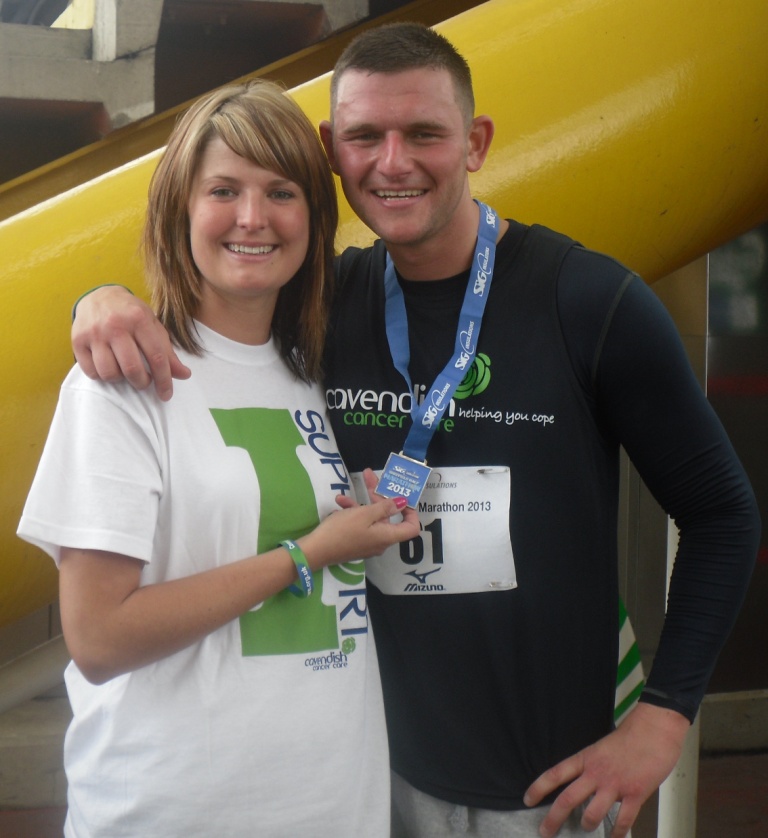 A Christmas present with a difference, the gift that has just kept giving.  Ashley Renshaw’s girlfriend Jo Elliott decided that this year, his Christmas present should be more special and entered him into the Sheffield Half Marathon. Although having previously ran short distances before, Ashley had never run the full 13 miles. After the initial shock of the present, he quickly warmed to the idea and ran on behalf of Cavendish Cancer Care and in memory of his father.

Jo threw me in at the deep end but it was for a great cause. My Dad was a keen runner and did this marathon, which is why I wanted to do it as well. I ran to raise money for Cavendish Cancer Care because it provides support when patients and their families need it the most. Ashley Renshaw

We are reliant upon people taking on challenges like this in order to raise money on our behalf. We are very thankful to Ashley and his family for the support but we are especially thankful to Jo for entering Ashley into the race and raising more than £600 to support our work’

He completed the race in 1 hour and 44 minutes. Well done Ashley!

It is not too late to sponsor Ashley, donations are still open to his just giving page: Ashley-Renshaw