Pie and Peas in memory of Martin Ashton 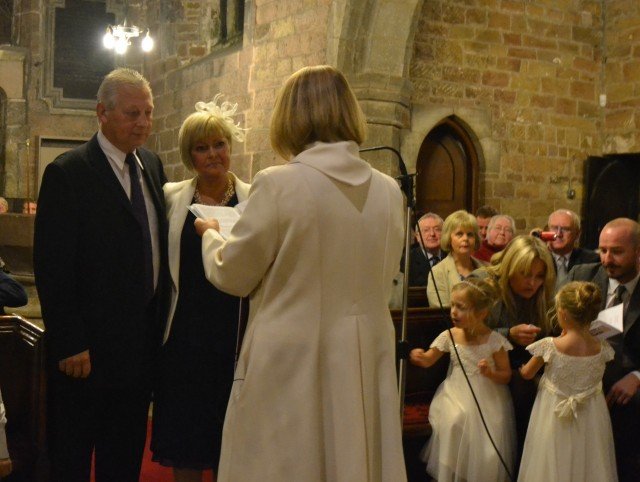 In 2012, Jean and Martin Ashton renewed their wedding vows on their 38th wedding anniversary. The event, although happy and filled with love, was tinged with sadness as Martin had been diagnosed with incurable cancer.

Due to the care and support that Jean and Martin had received from Cavendish Cancer Care, they asked for donations in lieu of gifts and raised over £700 for us.

Jean said, “At first, Martin was reluctant to go to Cavendish, but when we did they gave us so much support and therapy. We actually looked forward to going to our appointments as they always made us feel a lot better. That’s why we wanted to give something back. Renewing our vows was a wonderful day.”

Sadly, a little over two years later, Martin passed away. This year, on the anniversary of his death, Jean held a ‘Pie & Peas’ evening at the Treeton Miners Welfare Club and raised a further £2,000!

Cavendish Cancer Care Fundraiser, Jonny Cole, said, “Jean has been an outstanding support for the charity and a great ambassador for what we stand for. We’re so grateful to Jean her family and friends for supporting us. The evening was fantastic with a really happy atmosphere and to rasie this amount of money will make a real difference to the next people through our door”

To help Jean raise even more money, head to: https://www.justgiving.com/Inmemoryofmartin1