Owls fan raises over £2700 for Cavendish 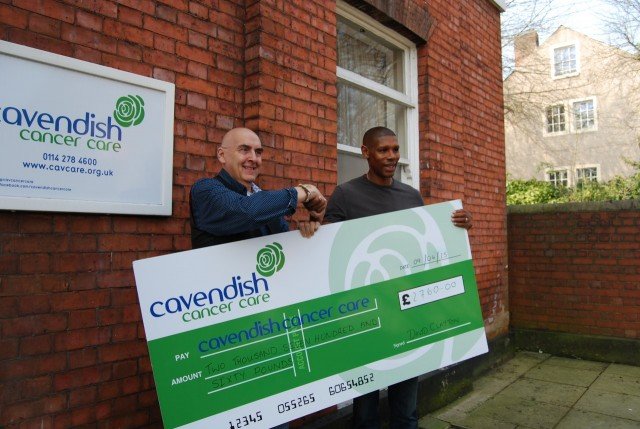 In 2004 David Clayton was diagnosed with non-Hodgkin’s Lymphoma and, for the past ten years, has been receiving various treatments aimed at helping him to live with this diagnosis. During this time he received help and support from Cavendish Cancer Care.

David is currently having chemotherapy for his condition and the treatment was making hair fall out and so he decided if he was going to lose all of his hair, he wanted to do it on his own terms and collect some money for Cavendish Cancer Care at the same time.

Initially deciding to set himself a target of £100, David quickly upped this to £150 after raising £85 in just the first two hours. After an extraordinary week of donations from family, friends, work colleagues and wider sections of the local community including fans of his beloved Sheffield Wednesday the amount raised totalled £2,700 plus gift aid.

To help David to raise even more money, head to: https://www.justgiving.com/Skampydog/