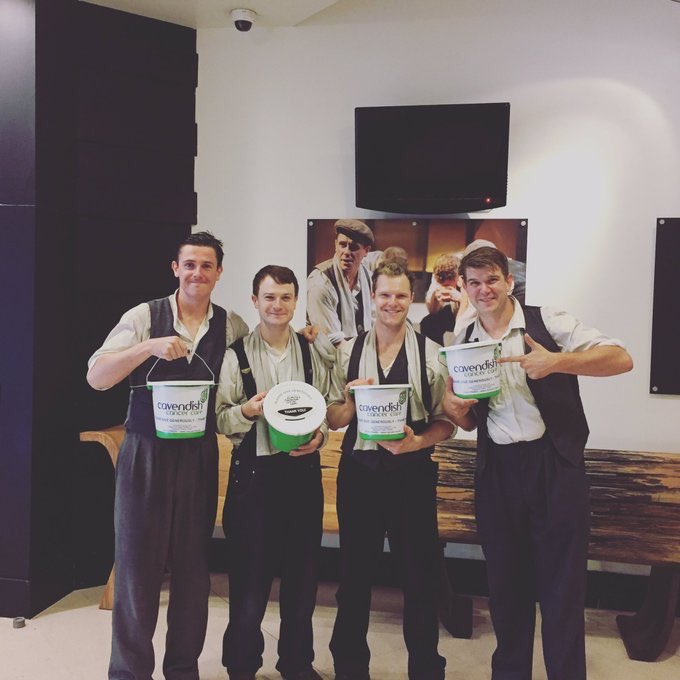 The four stars of Operation Crucible, a Blitz-based production which has been a success around the country, collected for Cavendish Cancer Care on September 22nd. They raised an incredible £670.99.

Following a sell-out performance, actor Paul Tinto described the work of Cavendish and how the cast themselves had benefited from our support, adding that he and his colleagues would be collecting outside afterwards.

One of the show’s other stars, Kieran Knowles, said: “The charity means an awful lot to us as it helped one of our mums when she needed help. When we first started this project this was at the forefront of our minds and we had a vision of doing a collection. It was so lovely that the audience were so generous and speaks volumes about the charity and the work they do locally.”

Cavendish Cancer Care Fundraiser, Victoria Wood, said: “When the cast asked if they could collect for us we were thrilled. I happened to be going to the show that evening, so it was great to hear them talk about us after the show and see how passionate they were about our cause. Thank you so much to everybody who donated, you have made a real difference to local families affected by cancer.”