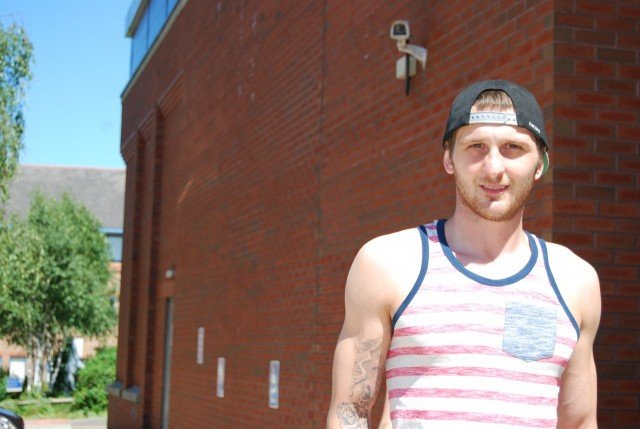 31st March 2016 : This afternoon we heard the devastating news that our loyal friend and Patron, Kris Travis, has passed away from cancer at 32 years old. Kris was a true gentleman, a superstar of the wrestling world and a loving family man.

We first met Kris back in June 2015, when he agreed to play in a charity football match for us – as long as he could wear blue and white. A huge Sheffield Wednesday fan, he smiled proudly as he stepped out alongside some of his footballing heroes, and also managed to win a penalty for his side in true dramatic wrestler fashion.

When Kris was told his cancer had returned, it was a shock to everybody who knew and supported him. The entire wrestling community got behind him in his fundraising for us and it really meant the world to him.

On behalf of everybody at Cavendish Cancer Care; our thoughts are with the family and friends of Kris at this sad time.

Many of Kris’s fans and supporters have asked us in line the wishes of his family, to take donations in celebration of his life and achievements. If you would like to make a donation to us in memory of Kris you can do so HERE

Thank you for your kindness and support