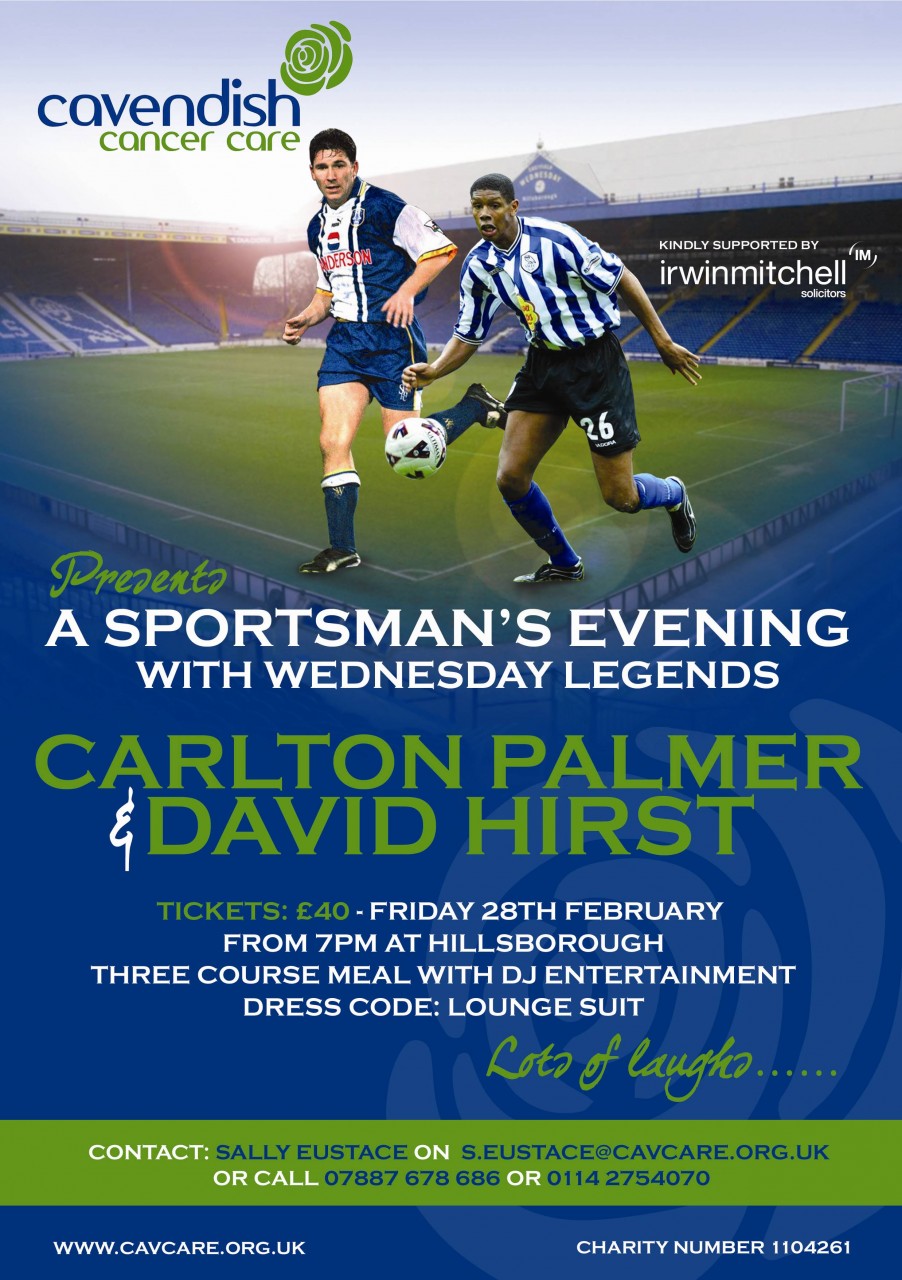 Almost 6 months ago, as ex England and Sheffield Wednesday footballer Carlton Palmer tweeted “I’m off for a run”, someone was watching. In fact two die-hard Wednesday fans, a friend and a Trustee of Cavendish Cancer Care, and they set him a challenge.

If he was running, he might as well do it for a worthy cause, and none worthier than Cavendish Cancer Care, a local charity that provides support, counselling and complementary therapies to families affected by a diagnosis of cancer.

Unsurprisingly, Carlton decided he couldn’t walk away and was joined by more than 100 supporters for the Carlton Palmer 10K which raised £18,000 to support our work.

This one time twitter buddy has now grown into a passionate pal and supporter of this local charity and will be hosting a dinner, with his fellow SWFC and England colleague David Hirst. The pair will be hosting the dinner, sharing anecdotes and raising a few laughs.

The dinner will be held on 28th February at Sheffield Wednesday Football Club and will include a three course meal and a disco. Tickets for the event are £40 and available by contacting Cavendish Cancer on 0114 2754070 or by email at s.eustace@cavcare.org.uk