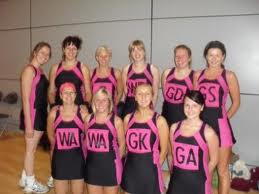 Law firm Irwin Mitchell has hosted a charity netball tournament for teams from across the country, the latest in a number of events to raise money for the Sheffield office’s charity of the year Cavendish Cancer Care.

The tournament was held at the English Institute of Sport Sheffield, featuring teams from around the region alongside representatives from Irwin Mitchell offices in Sheffield, Birmingham and London.

The eventual winners were the Misfits, a team of teachers and youth workers from Lancashire, after they beat Sheffield League side the Sirens in a decisive game at the end of the day.

In total the event raised £1,000 for charity, the majority of which will go to Cavendish Cancer Care, the Irwin Mitchell Charities Foundation (IMCF) Charity of the Year for 2009.

Sally Rissbrook, from Irwin Mitchell, said: “The tournament operated in a round robin format, which meant the teams all got the chance to play each other. Everyone involved really entered into the spirit of things, and once it was obvious the winners would be either the Sirens or the Misfits, the other teams all stayed around to watch their game and see who won the tournament.”

Throughout the year the IMCF has been involved in other activities to raise money for Cavendish Cancer Care, including taking part in the Sheffield Half Marathon Corporate Challenge, holding a world record breaking darts marathon, a 45-mile walk across the Pennines, and hosting a series of summer quizzes in the flood-hit pubs along the River Don.

Sally Eustace, from Cavendish Cancer Care, said: “It was great to see so many people going out of their way to help raise money. The teams were up for the challenge and played really well. I’d like to thank Irwin Mitchell for putting together the tournament and for their continued support throughout the year.”