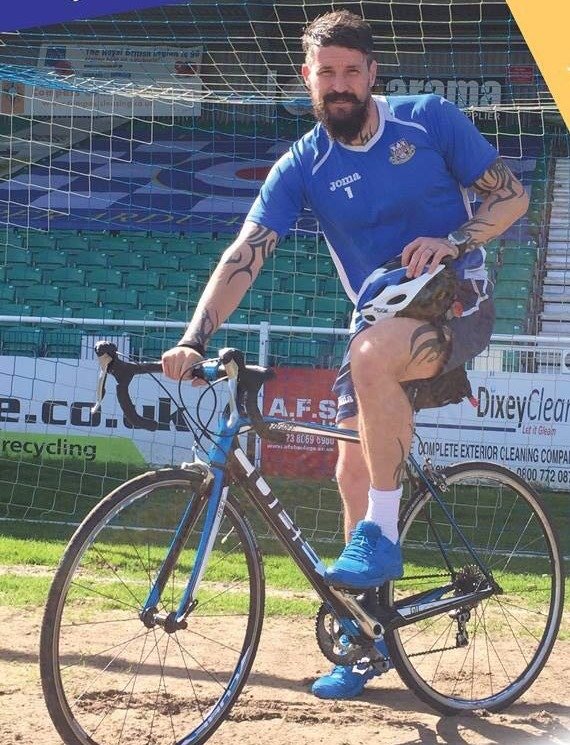 Ex Sheffield Wednesday star, Lee Peacock, is heading to the Euros in France this summer – but not as a player.

Peacock will be heading on a solo bike ride around the various grounds hosting games in an attempt to raise money for us here at Cavendish and the Southampton Hospitals Charity.
“I chose Cavendish as I played in a celebrity football match for them last year and met a guy called Kris Travis who was a wrestler battling cancer. Kris was a patron of Cavendish and I was devastated to hear that he passed away this year.

When I met him at the game, he was thrilled as he was a huge Wednesday fan and wanted to chat all about my time there. I really got on with him and we stayed in touch afterwards. He told me how much Cavendish meant to him and I decided to give something back this summer in his memory.”
Lee’s ride will see him cover around 1,200km for his two chosen charities.

“I am proud that I’m supporting two charities from different parts of the country that represent different parts of my career. I spent some great years at Sheffield Wednesday and I’m now based in Southampton as a coach at Eastleigh FC.”
To sponsor Lee, head to http://uk.virginmoneygiving.com/LeePeacock