We are delighted to announce that David Grey MBE will be taking over the role of Chairman of Cavendish Cancer Care. David originally joined us as a Trustee in May last year and has now been voted in by the Board to act as Chairman. 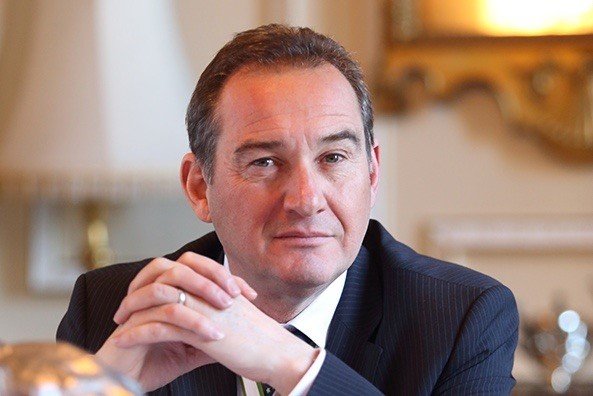 David is the Executive Chairman of OSL Group Holdings Ltd. At the age of 17 David formed a mobile disco business and then later supplemented that by working as a DJ in Sheffield nightclubs. He set up his first limited company at the age of 23 with a £1,000 loan from his mother and a similar loan from Barclays Bank. He has built up his business, by acquisition and organic growth, to a group of manufacturing companies exporting to over 60 countries.

He has been a council member of the Sheffield Chamber of Commerce and Industry, a Director of Business Link and Chairman of the Business Community Partnership. He was a board member of the Sheffield First Partnership and Chairman of Sheffield First for Investment. David was also asked to join the governing body of Mansell Primary School, after which the school successfully passed its Ofsted inspection and passed out of special measures.

In 2006, he led a bid to win a £26 million grant from central government to encourage entrepreneurship in Sheffield and served as Chairman of the Local Economy Board tasked with delivering the programme. He has Chaired the Big Challenge, an entrepreneur programme delivered across all Sheffield secondary schools for the last ten years.

He was awarded an MBE in 2010 for his services to industry and regeneration in Sheffield. He has served for 5 years on the Sheffield City Region Local Enterprise Partnership Board with specific responsibility for inward investment and business growth. In 2013 he led a bid for £32 million of RGF funding, on behalf of the Sheffield City Region which led onto a further £50 million of investment funding, and he currently chairs the Board overseeing the investment programme. He was installed as Master Cutler for the year 2014-15 and is currently the Chairman of Sheffield City Trust. He is also a Non Exec Director for a number of manufacturing businesses.

We are excited to have David leading the Board of Trustees and are certain he will be an incredible asset to Cavendish Cancer Care as we continue to grow.