Not content with the usual Coast to Coast cycle challenge Scott Flower and friends decided to make life hard for themselves by making the trip on mountain bikes. Many thanks to Scott and freinds for his fundraising. 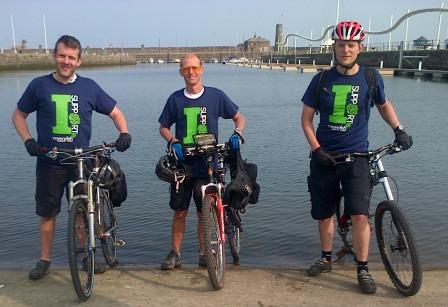 The ride commenced at 9:30 on Friday 12th July, with the prospect of three days of pedalling. Day one was a long slog of nearly 70 miles, of which nearly all felt like uphill, and over 4,000ft of climb. 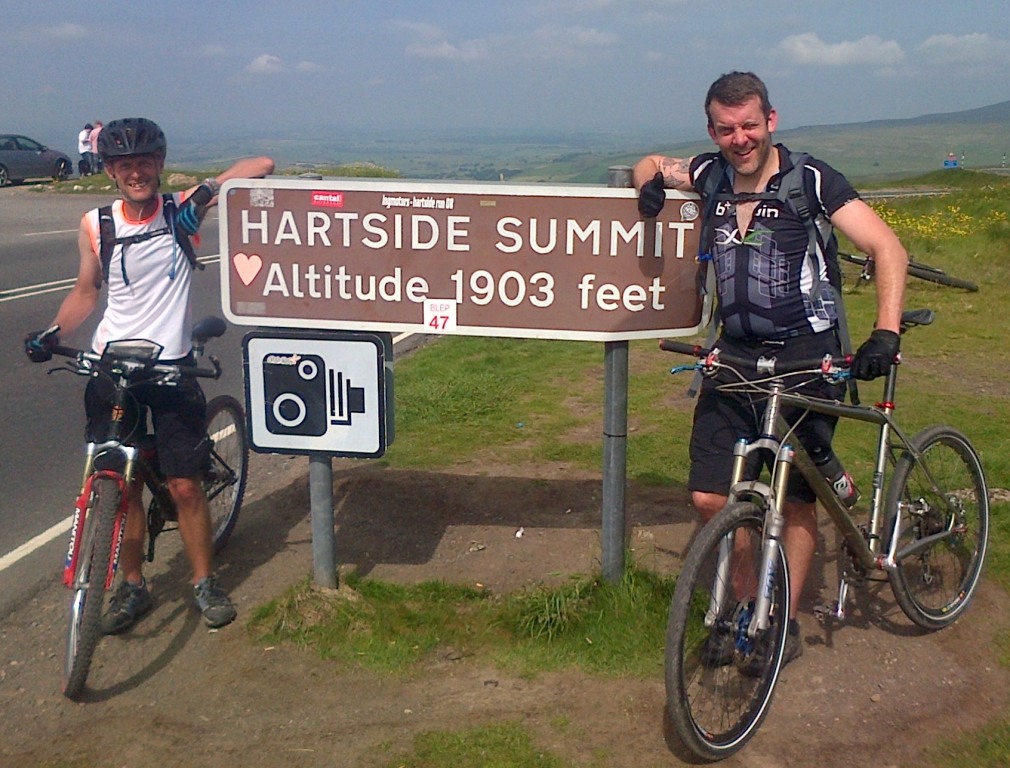 Day two was supposed to be the killer, with big climbs, albeit over a shorter, 32 miles. However it would appear that whoever wrote the guide book doesn’t cycle around Sheffield and the Peak District as the climbs were more hill than mountain, total climb 4,234ft. What the guidebook didn’t mention though was to look out for meandering sheep on the fast descent to Allenheads, resulting in a detour onto the wrong side of the road, close to a steep drop, travelling at nearly 40mph! Disaster averted it was down to the pub for an energy boosting shandy.

Day three was allegedly the easy one as most of the day would be gradually downhill to the coast. A 7:15 start, giving the midges an early breakfast left us all looking like we were wearing the King of the Mountains spotty jersey. One climb through the mist meant we missed the last viewpoint of the ride, but at least the last climb was out of the way. Once the downhill started there was no stopping us, motoring along at a nice steady speed, but forgot to look for the signs resulting in a couple of miles detour and one of the hardest climbs of the entire ride due to the stoney track.  Back on to define route, a nice tree lined disused railway, time for the next undocumented hazard – a suicidal rabbit shot out from the grass on the left hand side of the trail but rather than run across in front of me the rabbit turn and ran in front about four inches off my front wheel. I swerved this way and with the rabbit matching my every move, then it disappeared as quickly as it appeared, my supportive mates in hysterics at my near mishap trying to avoid hitting it! 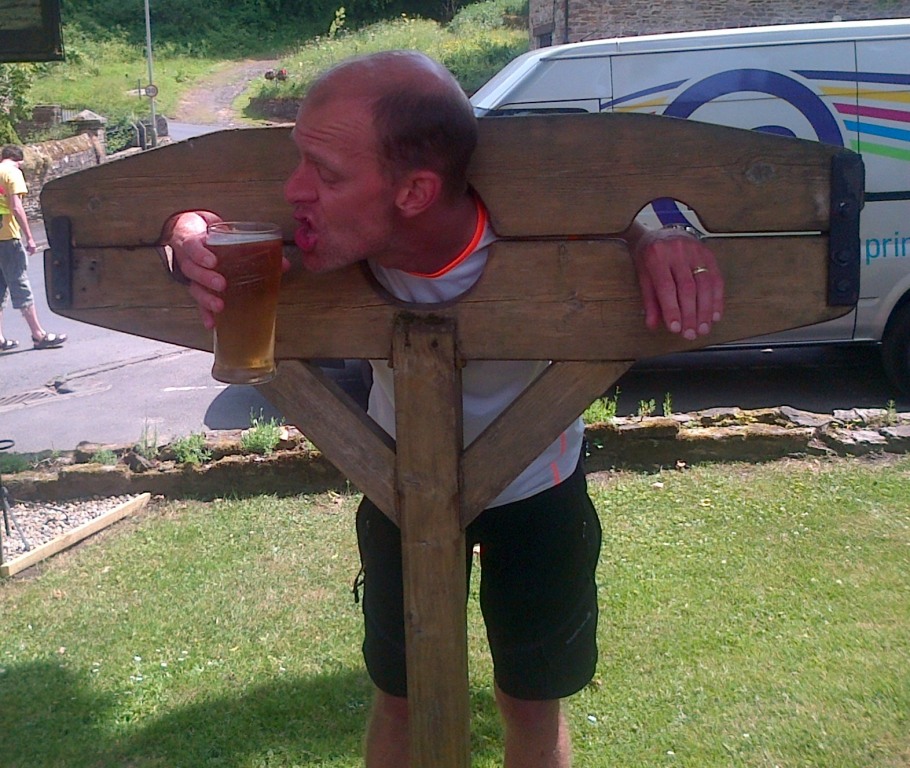 On to the finish and low and behold a steep path to climb before dropping the last 100 metre to the sea and a much needed ice cream. Job done, time to start planning the next trip.