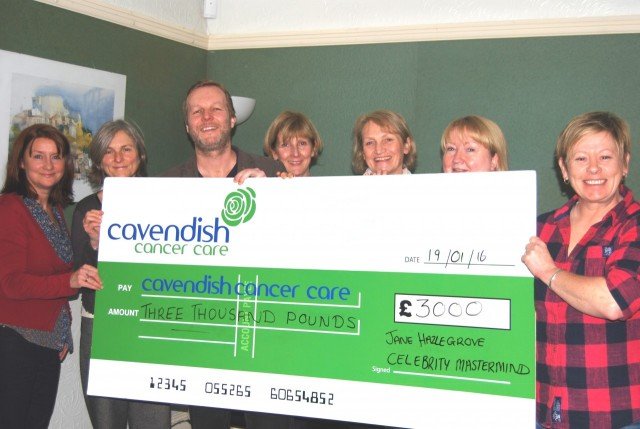 Staff at Cavendish and Jane (right)

Jane Hazlegrove, star of BBC One’s ‘Casualty’ paid a visit to Cavendish Cancer Care to hand over £3,000 that she won in aid of the charity before Christmas.

Jane, who has played the character Katherine ‘Dixie’ Dixon since 2006, chose to support Cavendish in the Christmas Celebrity Special of Mastermind. She answered questions on Harper Lee and beat her fellow celebrities to the grand prize. 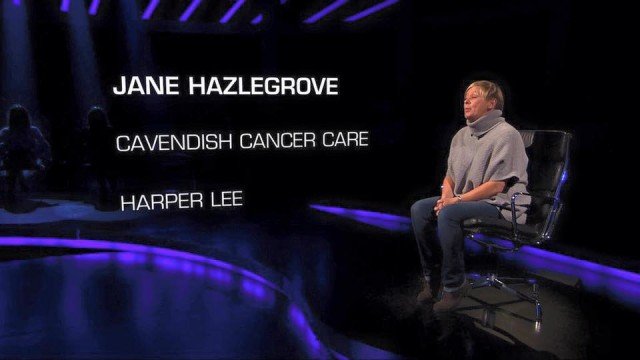 “I chose to support Cavendish because they have supported some very dear friends of mine and their work is just incredible. So many of us are affected by cancer and it’s great that Sheffield has such a brilliant facility in Cavendish Cancer Care.” Jane said.