We are proud to once again supported by Soccer and Spandex now in it’s 5th year. It started with a tweet in 2016 from Danny Mondinho to Dean Mitchell suggesting holding a football match where all money raised can go to a planned guest of honour, Kris Travis, who was fighting cancer for the second time. Within moments of the social media page creation, a flood of Wrestlers registered their interest for participating in this event. Just before the event however, the world was informed of the sad death of Cavendish Cancer Care patron Kris Travis.

The wrestling fraternity however came to together with Dean at the helm with the first year taking place, which raised an impressive £2500 equally being distributed between Kris’s family and a  for, Cavendish Cancer Care. Throughout the 1st 4 events, Spandex has collectively raised an impressive amount of £7500, which has been distributed to Sheffield Children’s Hospital, St Lukes Hospice, Sheffield Mencap,  Gateway clubs and of courser Cavendish Cancer Care in Kris’s memory.

This years 5th event is taking place on the 9th July at the Olive grove in Sheffield. The fifth Anniversary will have the normal days festivities of stalls, auction, and football matches. This year there will be the added bonus of watching those from the wrestlers taking part in Soccer and Spandex also ply their trade in the ring at One More Round 6. An evening of wrestling which has also supported Cavendish Cancer Care

If you are interested attending this years anniversary event, entry to Spandex is free with donation buckets situated all around Olive Grove. Entry to the wrestling will be £5 for general tickets available from Ringside World.

To find out more about the day and taking part in the football or wrestling please head over to the event’s facebook page @SoccerSpandex, @phoenix events Yorkshire or on the twitter page @soccernspandex.

Massive thanks to everyone who puts in such hard work to make this day happen. 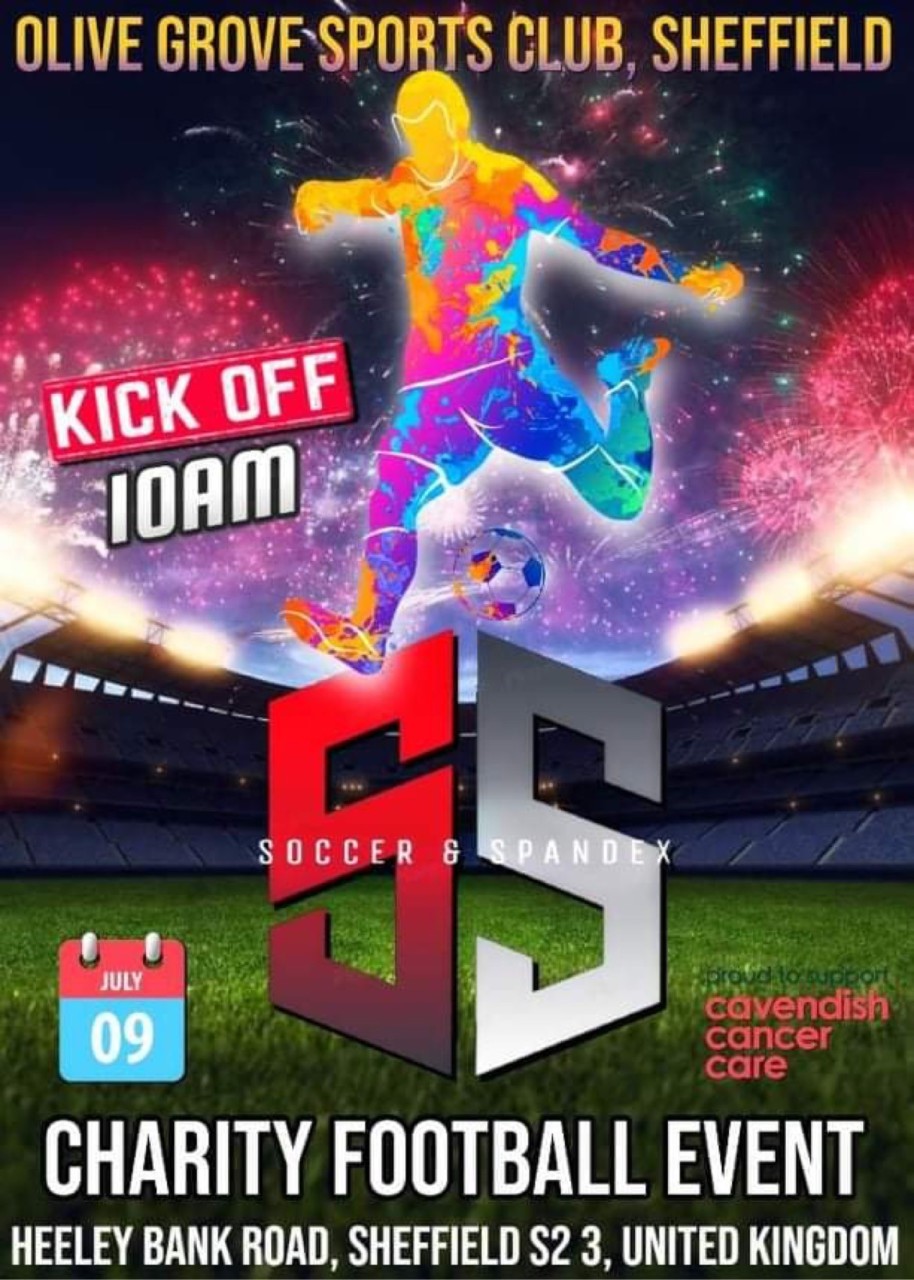