Karen has lived in Sheffield all her life. She has worked for Irwin Mitchell Solicitors for over 25 years, starting as a legal clerk and rising to become an Associate Director within the Personal Injury department.

Karen tells us, “18 years ago I was diagnosed with Breast Cancer – a very frightening experience. After surgery, chemotherapy and radiotherapy, I was at a loss. The months of intensive visits to hospital and doctors had finished and I felt like I was on my own.  It was very scary. I had been given details of the Cavendish Centre with all the other literature I received right at the start of my journey.  I couldn’t accept that I had cancer let alone go and discuss it. I thought it was for people who were terminally ill.

Not so.  After I had finished my treatment I needed advice in relation to lymphoedema and at the hospital was told that the best place to go was the Cavendish Centre.  I rang and made my appointment. It was like coming home. I sat with an Assessor for an hour or so and discussed things that I hadn’t realised were bothering me; I cried a lot.  I met lots of new friends and was taught how to care for my arm, and have never had lymphoedema since then. I have never looked back.”

Karen has been involved with fundraising for the Cavendish Cancer Care since her first visit; and became a Trustee after Irwin Mitchell chose the Cavendish Centre as their charity of the year for two consecutive years, raising £50,000. She was on the Board for 7 years and took on the role as Vice Chair.

As she says; “We have seen lots of changes in the Centre and it goes from strength to strength supporting as many people as possible in the Yorkshire area.” 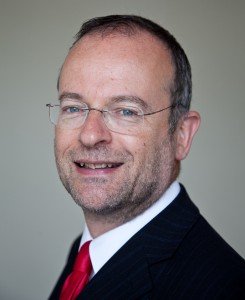 Paul was elected as the MP for Sheffield Central in May 2010 and has lived in Sheffield since his family moved here when he was 9. Before becoming an MP he spent most of his working life at Sheffield University, where he was most recently General Manager of the Students’ Union.  In Parliament he is the Parliamentary Private Secretary to Hilary Benn and sits on the Business, Skills and Innovation Select Committee. He is also the Secretary of the All Party Parliamentary Group on Universities, Vice Chair of the All Party Group on Motor Neurone Disease. Paul is married and has one son.

Paul has been a patron of Cavendish Cancer Care for over 2 years and is always really happy to help our charity. Paul knows that Cavendish Cancer Care makes a difference to the lives of so many local families who are living with and beyond a cancer diagnosis. In April, he hosted a Cake Break at the Harland Café to help support our work!

Julietta Patnick is the Director of the NHS Cancer Screening Programmes, which now operated by Public Health England.

Julietta is committed to improving the lives of people with cancer and increasingly interested in survivorship. She sees the Cavendish approach to giving people back some control in their lives as one improves the general health and wellbeing of people recovering from cancer treatment

Julietta graduated in Ancient History and Classical Civilisation from Sheffield University and has lived in the city since graduating.