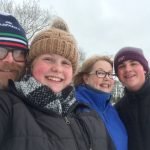 Paula has worked in the field of cancer care, support, information and treatment for over 30 years.

After qualifying as a Therapy Radiographer in 1986 she worked in the radiotherapy departments at Addenbrookes Hospital in Cambridge, Aberdeen Royal Infirmary and Weston Park Hospital in Sheffield. During her time as a radiographer her focus was always on the information and support side of her work and she was responsible for developing a number of care pathways for both patients and their families.

In 2003 she joined the team at Cavendish Cancer Care and trained to be an Assessor. Since then she has worked to develop and extend the service that Cavendish offers. This includes the introduction of the service we now provide to all in-patients in Weston Park Hospital and the in-patients on the haematology wards in Royal Hallamshire Hospital.

In October 2018 she accepted the position of Programme Lead Assessor to enable her to continue her work supporting those affected by cancer ”in the unique Cavendish way”.

Outside of work Paula has a teenage son and daughter and two rescue Labradors who take up most of her time. Her family are also involved in volunteering for the charity Labrador Welfare. 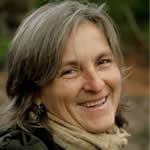 Delphine was drawn to work for the Cavendish in 2003 by its ethos of providing free therapy to all and working closely with mainstream healthcare. She is a member of the National Institute of Medical Herbalists, has been working as a herbalist in private practice in Sheffield since 1988 and is also involved in teaching about herbal medicine in a variety of settings. She has worked at the Cavendish for 7 years as a medical herbalist and advisor on dietary concerns and she continues to feel it is a great privilege to be able to work in such a caring and supportive organisation. Inspired by the work of the other Assessors, Delphine has recently trained to become an Assessor.

When not at work, Delphine enjoys being the mother of a teenager, working on an allotment, walking the hills with her dogs and singing! 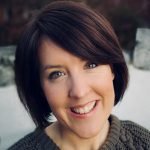 Emily is Programme Lead Assessor at the Cavendish. She is a qualified counsellor who has shaped and developed a number of services in a variety of NHS, healthcare, charity and cancer settings, moving from London in 2013 to help set up a new regional services for the charity Changing Faces. Her specialist interests include supporting people who are experiencing emotional distress, depression, anxiety and loss. She aims to empower clients to more forward and find hope in life – often during or after very distressing and challenging times.

Alongside her work as an assessor, Emily is developing the Cavendish therapy service – creating new group sessions for our clients and increasing our reach throughout Yorkshire. Emily was attracted to the charity because of its integrated, holistic and inclusive approach to health and the clients that we work with. The warmth and care at the Centre make it a very special place to be.

Outside of work, Emily loves Yorkshire life especially walking in the Peaks, running, and slowly getting back into triathlon training (although Sheffield’s seven hills are proving to be challenging!) She’ll have a go at all sorts of creative projects and enjoys Arthouse cinema. 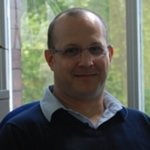 Mick qualified as a nurse in 1996 and became a specialist nurse with the Acute Pain Team at Sheffield Teaching Hospitals in 2003. It was while working in the Acute Pain Team that he became interested in hypnosis as an effective therapy for managing pain, so he trained as a hypnotherapist. For years Mick noticed that people fell asleep while he was talking to them, so found that becoming a hypnotherapist was a natural career progression. He joined us in 2008 and uses hypnosis to effectively manage a wide range of problems and from 2010 has also added Reiki to his portfolio. He divides his time between working here at the centre and in private practice.

Mick is a bit of an expert in pain and suffering as he has supported Barnsley Football Club since 1977.