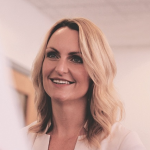 Emma’s role is to drive the growth and sustainability of the charity through key relationships and meaningful partnerships. Her background is in executive recruitment, with the majority of her career spent in leadership roles both with an international search firm, and in more recent years leading the search & selection division of a regional recruitment business in Sheffield.

Emma made the decision to change career direction because the work that Cavendish does is very close to her heart and she was inspired by the hugely positive impact it has on people’s lives.

Emma’s sister was diagnosed with terminal cancer at the age of 26. Throughout her illness it was clear that the emotional support and therapies that she had access to made a significant difference to her quality of life, emotional strength and pain management. This enabled her to live her life to the fullest and be a true inspiration to those around her, despite what she was facing.

Emma also understands first-hand how hard it can be to care for and lose a loved one, and how important it is to have access to the right support in those circumstances. Through her own personal experience and a desire to make sure that no one struggles on their own, she is committed to ensuring that more people in our region living with cancer get the emotional support that they need. 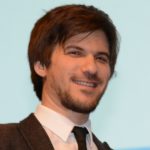 Jason joined Cavendish at the start of 2018, leaving behind a role in fundraising consulting. His previous experience consists of fundraising intelligence roles, as well managing a social enterprise. He is also a Trustee of a number of charities. In 2016 he led a team at The University of Sheffield to win an Insight in Fundraising Award, and in 2017 was personally awarded the CASE Europe Iain More Award for ‘emerging development professional’. Jason was attracted to Cavendish by its emphasis on inner well being during a cancer diagnosis. In 2013 he lost his father to cancer who lived in an area of France where there was no professional emotional or psychological support. Having seen the difference such services can make, Jason is dedicated to seeing Cavendish thrive so anyone can access such beneficial services. 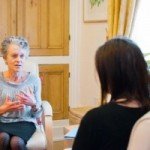 Ann joined Cavendish Cancer Care as an Assessor in 2004, attracted by the Centre’s holistic ethos. She was then appointed to the post of Head of Service in February 2017. Ann qualified as a registered General Nurse in 1984 and specialised in community nursing prior to moving to the area of oncology working at Western Park Hospital for several years and latterly as a Research Sister in the Academic Unit of Oncology at Sheffield. When not at work Ann enjoys playing the clarinet and running: she has completed numerous half marathons, and in 2018 completed the York Marathon, to help raise funds for Cavendish Cancer Care.