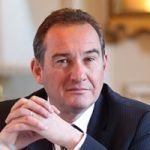 David is the Executive Chairman of OSL Group Holdings Ltd. At the age of 17 David formed a mobile disco business and then later supplemented that by working as a DJ in Sheffield nightclubs. He set up his first limited company at the age of 23 with a £1,000 loan from his mother and a similar loan from Barclays Bank. He has built up his business, by acquisition and organic growth, to a group of manufacturing companies exporting to over 60 countries.

He has been a council member of the Sheffield Chamber of Commerce and Industry, a Director of Business Link and Chairman of the Business Community Partnership. He was a board member of the Sheffield First Partnership and Chairman of Sheffield First for Investment. David was also asked to join the governing body of Mansell Primary School, after which the school successfully passed its Ofsted inspection and passed out of special measures.

In 2006, he led a bid to win a £26 million grant from central government to encourage entrepreneurship in Sheffield and served as Chairman of the Local Economy Board tasked with delivering the programme. He has Chaired the Big Challenge, an entrepreneur programme delivered across all Sheffield secondary schools for the last ten years.

He was awarded an MBE in 2010 for his services to industry and regeneration in Sheffield. He has served for 5 years on the Sheffield City Region Local Enterprise Partnership Board with specific responsibility for inward investment and business growth. In 2013 he led a bid for £32 million of RGF funding, on behalf of the Sheffield City Region which led onto a further £50 million of investment funding, and he currently chairs the Board overseeing the investment programme. He was installed as Master Cutler for the year 2014-15 and is currently the Chairman of Sheffield City Trust. He is also a Non Exec Director for a number of manufacturing businesses.

He counts skiing, scuba diving, football and motor racing as hobbies. He has a private pilot’s licence and a Piper Saratoga aircraft based at Gamston Airport. 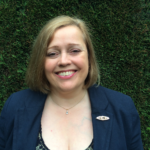 Jo Cairns is a Northumbrian although she has lived in Sheffield for over 32 years.

Her first career was as a nurse, spending over 10 years in post-anaesthetic care, latterly as a senior practitioner/manager.  Her nursing career included a 4 week speciality placement at Western Park Hospital.  Jo also worked as a work-place assessor, clinical supervisor and trainer in infection control, manual handling and HIV/AIDS during her nursing career.   She was also a volunteer with SHIELD, a Sheffield HIV/AIDS charity for two years.

Her current career is in HR, following completion of an MSc in Human Resource Management and professional qualifications. Her various roles have focussed on the voluntary and education sectors and also as a HR Consultant in the private sector.  Another roles have included Non-Executive Directorship and as a Trustee at North Sheffield PCT.

Jo now has her own HR consultancy, Employment Remedies.

Her involvement with Cavendish Cancer Care started in 2016 when she met members of the fund-raising team at a professional networking event. She is renowned for her work for us as an expert volunteer bag packer at M&S.

Jo say: “ I’m delighted to be a Trustee of Cavendish Cancer Care as the work the staff and volunteers carry out is invaluable to individuals living with cancer and to their loved ones.  I appreciate how positive the impact of Cavendish is on those who need advice, care and support.”

Will has significant experience from across the healthcare system. He initially trained as a nurse in Sheffield as a post graduate of the University of Sheffield before developing nursing expertise in neuro HDU/ITU. Will then enjoyed varied nursing career in a range of care settings. He later took up a post with the Royal Collage Nursing Institute in Oxford as a research and development fellow leading on the development of evidence-based resources and collaboration with international partners; sharing best practice guidance and methodologies.

During this time Will, led on a number of projects utilising systematic review methodologies including lead developed and author of  a number of national clinical guidelines including NICE guidance.  He took the opportunity of  a visiting research fellowship with the University of York where he supported updating a number of Cochrane reviews and also supported teaching modules on  research masters programmes.

Will is an experienced commissioner; initially working in the North West where he led on reform of elective care for a large city PCT pioneering some of the first tier 2 services and later as an associate director of commissioning supporting then, 14 PCTs of Greater Manchester with national procurements. Since 2007  Will has worked in  Sheffield both for the PCT and later the CCG in  a number of roles with a focus, strategy, planning, specialised, collaborative and cancer services. Will was appointed to the role of Director for Working Together; a partnership of 8 CCGs and NHS England working collectively on strategy and transformational change across a wide geographical area. 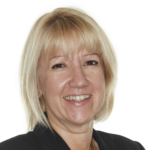 Gillian was born in Sheffield, grew up just up the road in Barnsley, and then returned to the city following University and Law College.

She is the Head of the Private Client team in the Sheffield office of Irwin Mitchell Solicitors. Gillian has worked there for 20 years progressing to Partner in the team in 2007. Gillian’s role at Irwin Mitchell encompasses working professionally with a number of charities supporting them in their fund raising and more particularly helping them to raise legacy income. In 2015 Gillian set up a Will writing service with Cavendish to help encourage supporters to remember Cavendish Cancer Care in their Will.

Gillian says ‘ I was introduced to the valuable work of Cavendish by my friend and colleague Karen Codling, a former Trustee and Deputy Chair, and through Karen and a number of other friends and contacts who have benefited from Cavendish’s good work I  have seen what a real difference the charity has made. I am incredibly proud to join the team of Trustees to help them to develop their valuable support further.’ 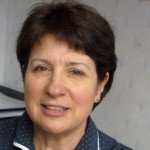 Sue retired as Inpatient Matron of Sheffield’s Weston Park Hospital in 2013, after 34 years of caring for cancer patients, although she continues to work at Weston Park in a part time project lead role.  As Matron at Weston Park she was  personally responsible for all inpatient services, including the Teenage Cancer Trust Unit.

Sue, a mum-of-three and grandmother-of-three lives in Holmesfield, North Derbyshire, with her husband Dick, 65, where they run a farm, a wedding business and a cider press. She grew up in Miller’s Dale in the Peak District, moving to London to train at St Thomas’ Hospital before returning to work in Sheffield after she married.

Her hands on approach and experience has been invaluable to Cavendish Cancer Care since she joined us in, becoming a Board member in 2007.  As well as being a vital link between ourselves and Sheffield’s mainstream cancer services, Sue’s role as Advisor to our Therapy Team has been crucial for us.

As Sue herself expresses it, “I’ve been a nurse since 1975, working at Weston Park since 1978 – I’m part of the structure there. I enjoy looking after people. It is the simple things, like making sure someone is able to get to sleep at night, or finding them something they can face eating when they are feeling terrible. I consider it a privilege to have worked with cancer patients throughout my career, and am always in awe of the stoicism and courage of patients as they go through their treatment. My aim has been to support them on that journey.” 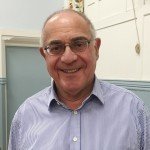 Alan started life as a qualified Chartered Accountant in the London office of Coopers & Lybrand’s (now part of PWC) tax department, working my way through the ranks before becoming a partner in 1975 in Birmingham. He moved to the Sheffield office in 1991 as Partner in charge of the tax department there. During his time with Coopers he specialised in corporate tax planning, his clients ranging from family companies to FTSE 100 companies. He has been a member of the First Tier Tax Tribunal, hearing
cases of dispute between HMRC and taxpayers, retiring from this post on 2 April this year.

Since retirement Alan has been involved in various charitable activities including acting as honorary accountant to the Sheffield Jewish Congregation and being a trustee of St Luke’s Hospice from 2002 to 2012. He has enjoyed swimming all his life and has put this obsession to good use by raising over 20,000 for charity in sponsored swims over a period of 30 years.

He says; “My reason for supporting Cavendish Cancer Care simple: Like most people I have been touched by the effects of cancer among my close friends, and having heard about the Centre from David Simons, I wanted very much to play a part in its good work”. 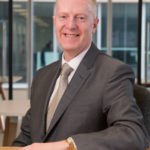 David joined as a Treasurer and Board member in April 2018.  Formerly, he was Director in the the Sheffield office of PricewaterhouseCoopers (“PwC”) for over 25 years, retiring in late 2017. David was President of the Sheffield Chamber of Commerce & Industry in 2014/15 and a board member from 2012 to 2016. David was also Treasurer to both The Sheffield Cathedral and Boys & Girls Clubs South Yorkshire until 2011.  He also was Chair of the University of Sheffield Careers Advisory Board.

David is married to Julie and has one daughter, Olivia.  They live in South West Sheffield.  David enjoys going to the cinema and music and is a big sports fan.  When commitments allow, he enjoys running in an attempt to keep young.