It’s out of the ring and onto the pitch for the Soccer and Spandex fundraiser!

Some of the biggest names in British wrestling will be swapping the ring for the pitch as they take part in a football match in support of two top Sheffield charities.

The Soccer and Spandex charity event will be held at Hillsborough Arena on July 27 and will be raising money for St Luke’s Hospice and Cavendish Cancer Care.

The event is held in memory of Kris Travis, the young British wrestler who lost his fight against cancer at the age of 32 in 2016.

Among the attractions of the day will be an appearance by British wrestling legend Kendo Nagasaki as well as current stars Tyson T-Bone, Ashton Smith and Gabriel Kidd. They will join other members of the wrestling community for the 11am kick off football match against members of the public.

Other fundraisers on the day – which runs through to 4pm – will include a raffle and an auction.

For more information visit the Soccer and Spandex Facebook page. 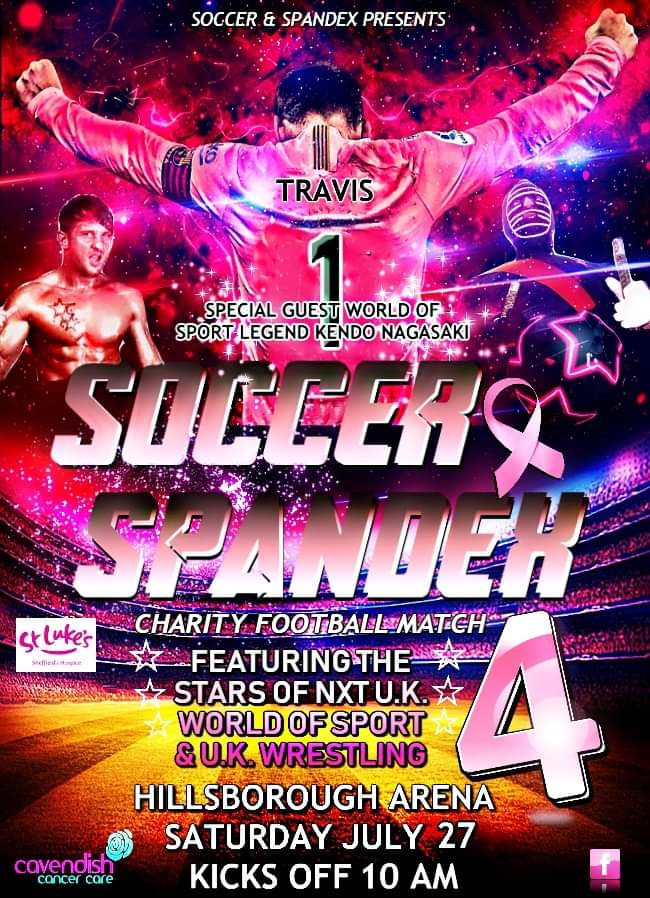