Taking place on Thursday 25th May, Humble Williams and Oh Papa are playing at the Olive lounge in aid of Cavendish Cancer Care. The Olive Lounge in Wickersley, Rotherham host Acoustic Thursdays weekly and have let us host this evening in a one off opportunity.

Humble Williams is a singer songwriter who graced the stage back in April at the Greystones during our Chris Helme and Guests gig. His performance was extremely popular so we’ve asked him back to get involved again. Born and raised in Sheffield, Yorkshire but borrowing influences from further afield, Humble’s mission is simply to write great songs. In his world ‘the Song is King’, and as such his writing manifests itself in many guises – ranging from country and Americana to folk, soul and blues. It’s safe to say we’re looking forward to hearing him once again!

Our second act for the evening is Oh Papa who will be performing an acoustic set for us on the evening, which is a change from their usual. They are described as “A coherent and precise sound that disguises itself through sheer effortlessness in the form of melodic surf-esque pop” according to Scruff of the Neck and never fail to entertain when performing. Oh Papa are looking forward to supporting us through this event and for their first gig in Rotherham!

If you can make the evening, it would be great to see as many people down there as possible. We’ll see     you from 8pm at the Olive Lounge in Wickersley. Donations are welcome. 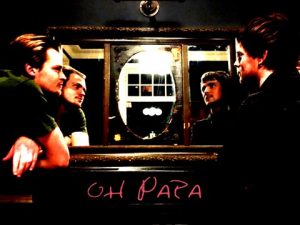 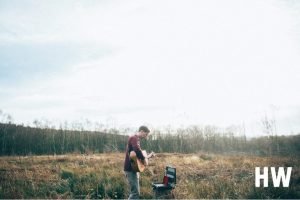